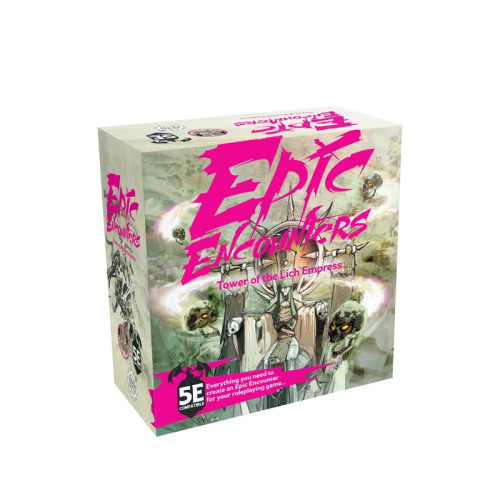 Climb a never-ending tower to confront an ancient evil with this hair-raising Epic Encounters boss box! Compatible with fifth edition or any fantasy roleplaying game.

Inside this boss box, you’ll find everything you need to challenge the formidable Lich Empress, including a large, highly detailed Lich Empress miniature (100mm base!) and an adventure book woven with information to fuel your imagination.

Can you ascend the tower and kill that which does not die? Use Tower of the Lich Empress as a standalone encounter or as part of a new or existing RPG campaign!

What is Epic Encounters?

Made for new and experienced players, every Epic Encounters set features an all-in-one boxed encounter that’s 5e compatible and ready to play as part of a new or existing roleplaying campaign.

Epic Encounters: Swamp of the Hydra

Epic Encounters: Swamp of the Hydra