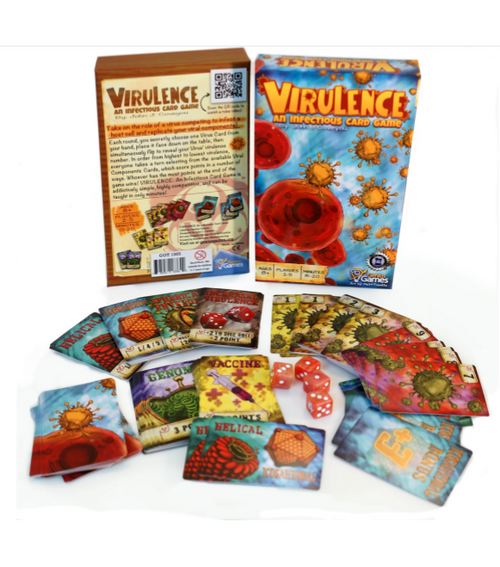 Virulence is an addictively quick and simple card game where players take on the role of viruses! Players compete to infect a host cell (place bids using virus cards) in order to replicate their own viral components allowing players to score points up front, or build the power of their bidding hand.

All players simultaneously place secret blind bids which determines the order in which they select from the available Viral Component cards. Players want to be one of the higher bidders in as many rounds as they can, but the real challenge is to do so without wasting their best bidding cards.

The Viral Component cards won may help a player to build the power of their hand, allowing them to win critical bids later in the game, or combine in sets scoring points in a varying number of ways.

Yes or No Card Game

The Castles of Burgundy, The Card Game

Peptide: A Protein Building Game (Sold Out - Restock Notification Only)

The Bears and the Bees