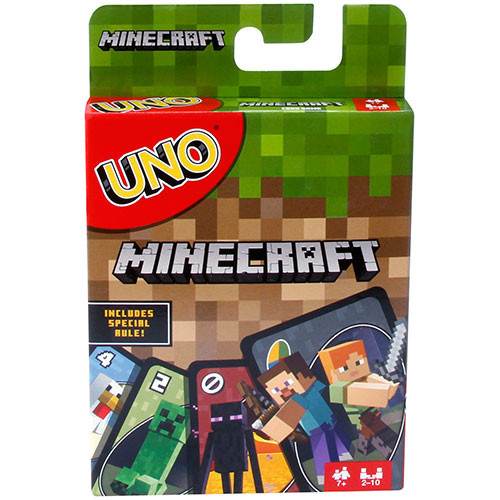 As in the UNO® you love, UNO® Minecraft gameplay involves players racing to get rid of all their cards, but this version features cards with Minecraft characters and images and a special rule! And in UNO® Minecraft, there's also a new type of action card; when you draw the Creeper card, show it to the other players and they'll have to draw three more cards! You want to match a card in your hand with the current card shown on top of the deck, and you'll score points for the cards your opponents are left holding. The first player to reach 500 points wins. When you're down to one card, don't forget to yell "UNO!"