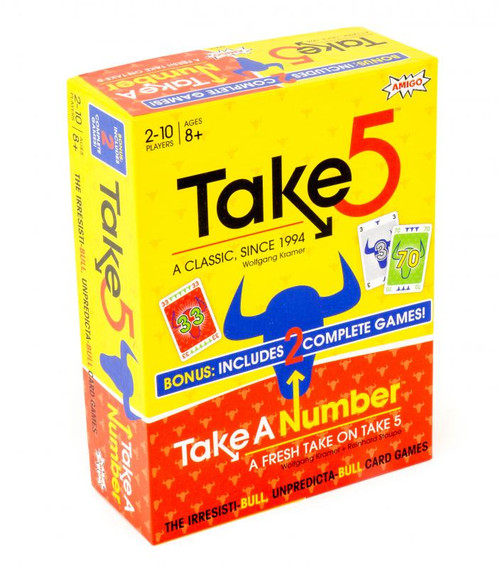 Two Classics in One Box

You may have to take five cards, but you only need to know two rules to earn the lowest score. Secretly pick a card from your hand, then play it on one of four rows. Here are the two rules: Your card must be higher than the last card in a row, and it has to be played next to the last card that’s closest in number. If you play the sixth card in a row, you take that row...and all the points in it. That’s when the game earns its name: you’ll take five cards, and you’ll wince as you take cards worth five points. Take a Number is a stand-alone game with advanced rules that builds on the basic edition to create an extreme “Take” experience.
×

Disney Villainous: The Worst Takes It All

3 Things - What Will it Take to Survive?

Kittin (On Order) (Sold Out - Restock Notification Only)

Wanderhome (Sold Out - Restock Notification Only)