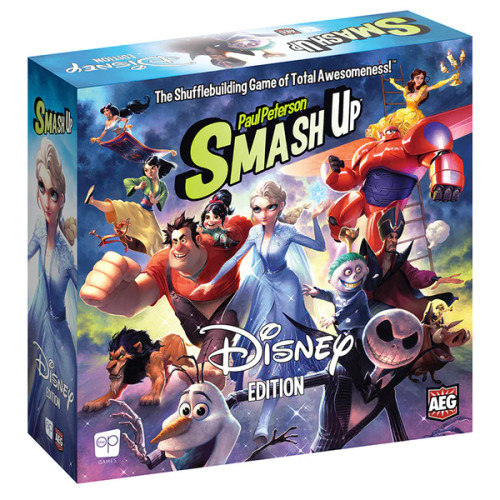 In Smash Up: Disney Edition, players will choose two decks of fan favorite Disney factions and combine their powers to take over Bases, earn the most Victory Points, and win! Choose from Frozen, Big Hero 6, Wreck-It Ralph, The Lion King, Mulan, Aladdin, The Nightmare Before Christmas, and Beauty & the Beast to create the most exciting team-ups imaginable!

Smash Up, designed by Paul Peterson, is the ultimate “shuffle-building” game from AEG that lets players draft two faction decks and combine them into a force to be reckoned with! 28 deck combinations from Smash Up: Disney Edition plus compatibility with previous expansions provide endless replayability.

Love Through the Ages 1500pc