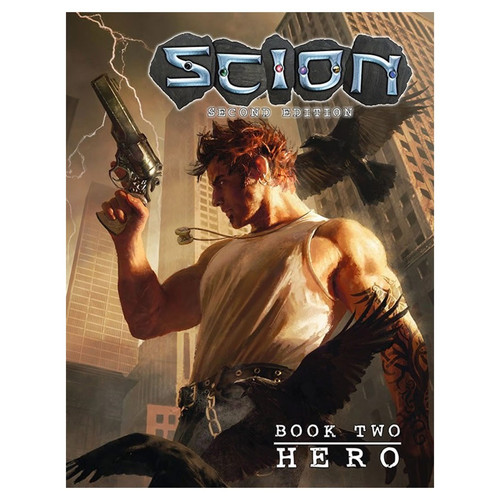 The ancient powers never fully went away. They wander our roads and cities, mingling with the teeming masses of humanity. You are one of their children, born to the magic of yesterday and the promise of tomorrow. Now begins the war against the Titans, elder beings who rage against the human world and its wayward gods. Commanding the push and pull of Fate, you will ride into battle and work wonders, the better to prove yourself worthy of legends. Scion: Hero Second Edition includes supernatural paths (Genesis, Calling, and Pantheon players can explore, Purviews and Boon, Knacks, and ten divine pantheons that act as parents and patrons for Scions. These pantheons are: Algonquin, Aztec, Chinese, Egyptian, Greco-Roman, Vedic, Irish, Japanese, Norse, and Yoruba. Additionally, players and Storyguides will explore the nature of Scions and their relationships, from their first godly Visitation to the titanspawn who curse their very existence. Scion: Hero Second Edition requires the Scion: Origin core rulebook to play and is not a standalone book.