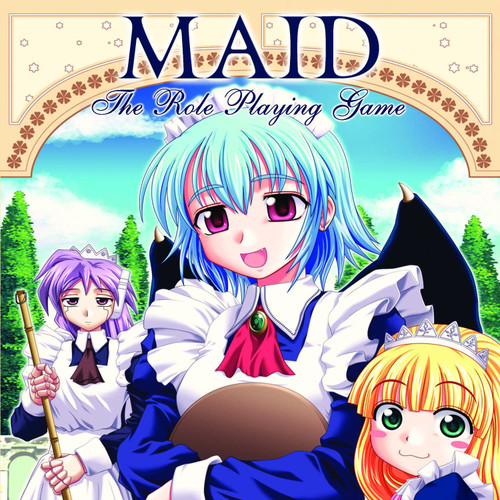 Maid: The Role-Playing Game is a comedic take on a uniquely Japanese cultural icon: The fetishized modern maid. Injecting the concept of Maid with 50ccs of anime and comedy, the players take on the roles of maids, serving the master (played by the GM). Sheets are left unfolded and mantelpieces undusted when giant robots crash through the mansion, ninjas attack and kidnap the young master, and a demonic pit to Hell opens up in the pantry... and all before teatime!

Play in the modern comedy setting, or mix it up with 9 additional settings including Victorian era, old Edo period, fantasy and post-apocalypse; and 6 genres including romance, horror, and action. Due to the rules system and random events that form the backbone of the Maid RPG, the game practically runs itself: Go from opening the book to playing a game with friends within just minutes!

Your Friend is Sad (Sold Out - Restock Notification Only)

Root RPG: Travelers and Outsiders (On Order) (Sold Out - Restock Notification Only)