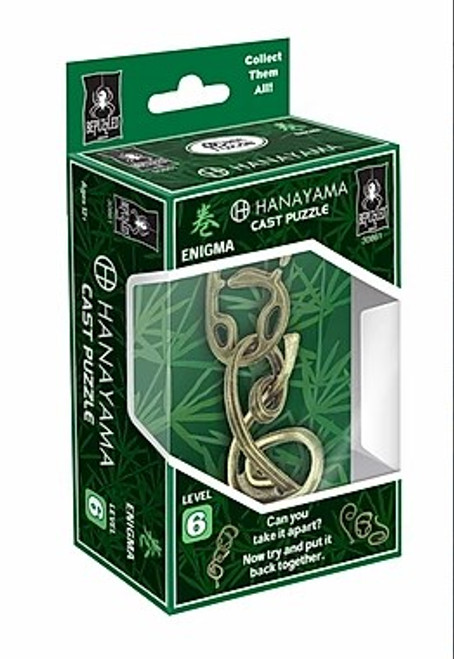 "Patented in America in 1975, the somewhat swirled pieces of this puzzle by Eldon Vaughn must be disjoined and then put back together. I once found a smaller version of this puzzle about twenty years ago in America, but considered it impossible to solve at the time. We have made a new version maintaining the difficulty of the original and licensed it for the Cast Puzzle series. This is without a doubt among the most difficult of all puzzles. The key word is 'twist.' Don’t use too much force… the pieces should just slide apart.' -Nob Yoshigahara, 2004

Hanayama is known worldwide for challenging puzzles and quality manufacturing. Can you take the pieces apart, then put them back together again? Hanayama cast metal brain teasers have 6 levels of difficulty, and each puzzle is Mensa-rated. Level 6 puzzles are considered very difficult by most puzzlers. BePuzzled is the exclusive distributor of Hanayama Cast Puzzles in the USA.