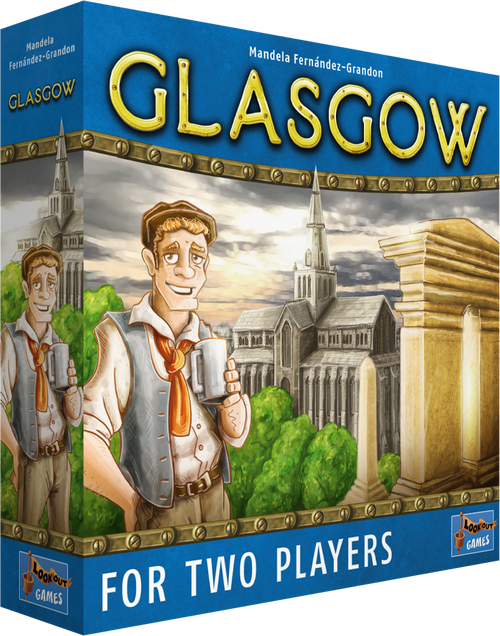 Today Glasgow is the biggest city in Scotland and third-biggest in the United Kingdom. Since the 18th century, the city of Glasgow saw a great restructuring. Merchants of the area took the lead in developing what became modern Glasgow, one of the first grid plan cities in Europe. In this competitive game for 2 players, you play as one of those merchants, brokering contracts at the docks and buying real estate with the hope of having the greatest contribution to the new city of Glasgow.

Glasgow is a quick tile laying and resource management game by designer Mandela Fernández-Grandon. Two players of ages 10 and up compete to become the most successful merchant in the city of Glasgow. A variable setup and, at least in the beginning of the game, an undefined placement grid promise a lot of replay value. After approximately 30 minutes, the players score their buildings and the player with most points wins the game.