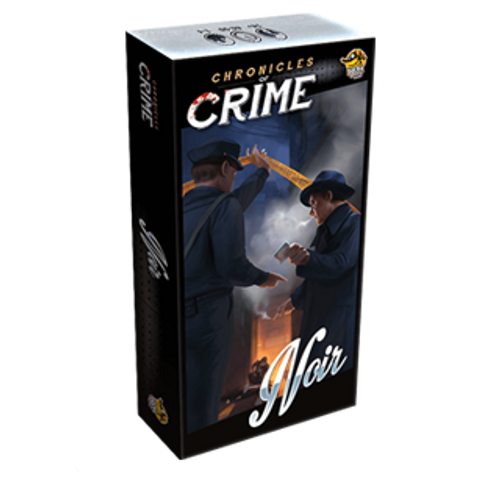 (NOTE: This is an expansion. It requires the base game, Chronicles of Crime, to play)

Unlike the base game, Noir is based in Los Angeles, in the 50s. Set in the L.A. Noir universe, this expansion will change the game: no more scientific contacts to help you, but rather unorthodox methods. Bribing, breaking in, intimidating and spying will be your tools. But be careful about what you do! Everything can happen.

This Expansion requires the base game (London) to be played. It also requires an app to work (it's impossible to play without it), but once downloaded no Internet connection is needed to play. You currently need Android 4.4 or newer, or iOS 8.0 or newer to run the app, which may change in the future.