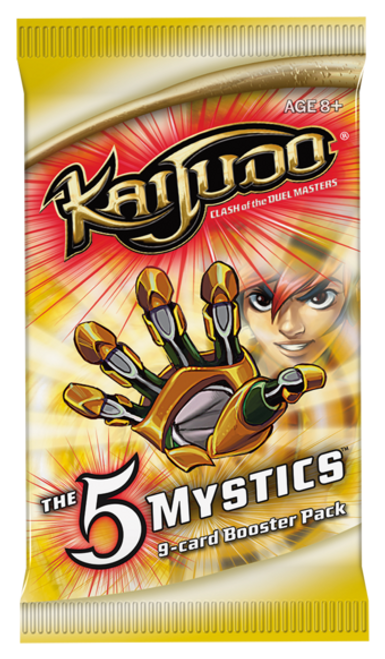 A vast army of creatures, corrupted and controlled by the Choten, has taken hold. The rampaging destruction of this twisted horde must be stopped, and our only hope lies with The 5 Mystics of the Creature Realm and their all-powerful Absolute spells found in this set that all have massive potential to swing the outcome of a duel to their caster’s favor.

The 5 Mystics, one from each Civilization, appear as creatures in the set and their combined power results in guaranteed victory for the duelist that has all five in his or her Battle Zone. The set also includes two powerful new cards that were designed at the 2013 Kaijudo Summer Championship!