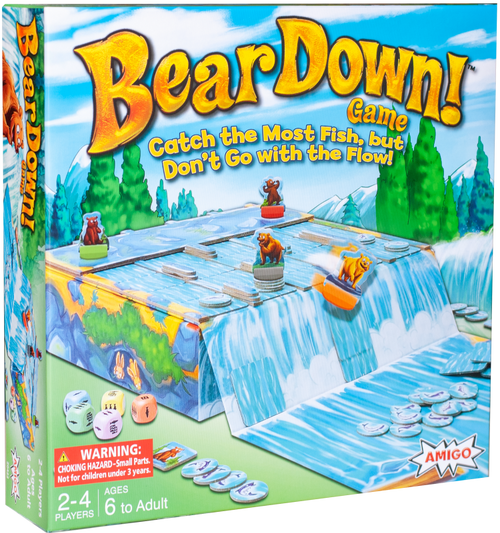 When the salmon leap up the waterfalls as they hike upriver, the Grizzly family is overjoyed!

Players play bears whose role is to catch more salmon than your fellow players. There are most of them at the edge of the waterfall. But beware: That's where it is the slipperiest!

How to play Bear Down!

Hungry as a Bear

The Bears and the Bees