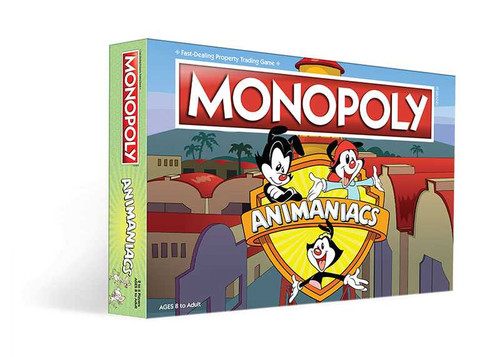 Scene-stealing Warner siblings Yakko, Wakko, and Dot are joined by Pinky and the Brain and Dr. Otto von Scratchansniff in this reimagined Monopoly game. Players bounce around the board collecting other cast members, locations, and more from the 90s hit cartoon.